Inverness CT midfielder Sean Welsh was on the scoresheet tonight as they progressed in the Scottish Cup.

Neil McCann and his Inverness side faced a tricky trip to Buckie Thistle tonight in the second round of the Scottish Cup but progressed thanks to goals from James Keatings, client Sean Welsh and Daniel McKay.

It took the visitors just 30 seconds to get off the mark through a strike from midfielder Keatings however the highland league side hit back through Jack Murray and were level inside the opening 15 minutes.

With tough conditions and an uneven playing surface it was always going to be a difficult match for the Scottish Championship club but just before the half hour mark they regained the lead through Sean Welsh. Keatings found Welsh who unleashed a powerful strike from about 30 yards which flew past Daniel Bell and into the back of the net. 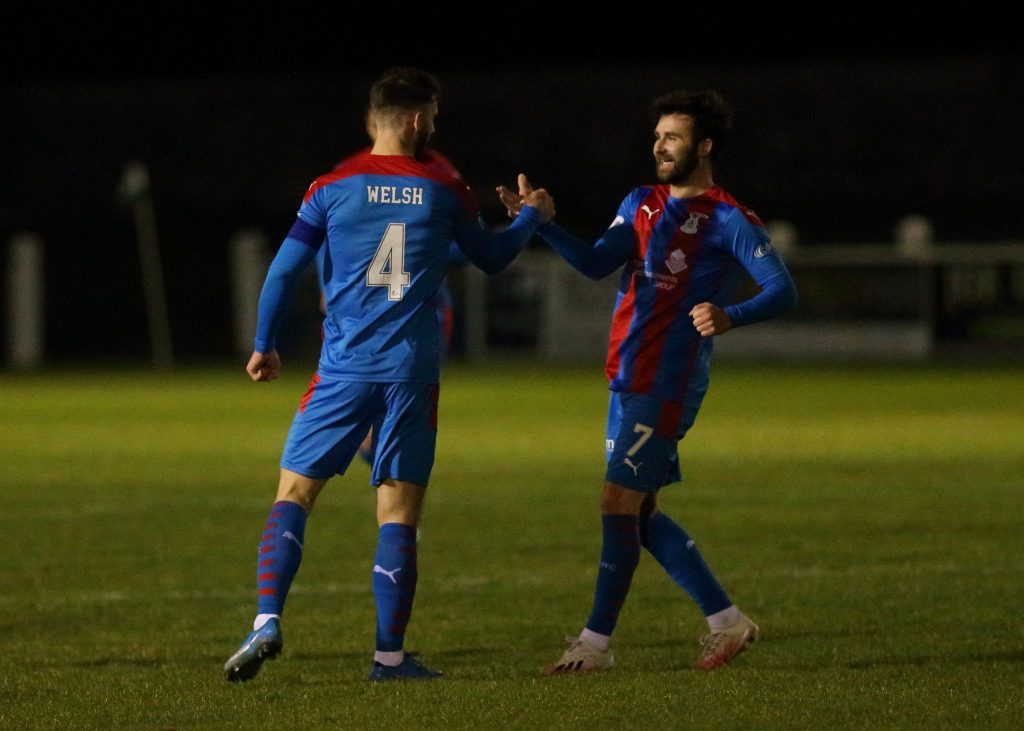 An even second half followed and with good chances missed from forward Miles Story and substitute Cameron Harper it was fair to say the home side were lucky to remain in the game going into the closing stages.

Just as Caley Thistle thought Welsh’ goal was enough to win the tie, Callum Murray levelled the match for Buckie after he met a long ball at the back post after 84 minutes to make it 2-2.

However, having just been pegged back McCann’s side responded well and scored their third of the night immediately. Cameron Harpers low cross made its way to Roddy McGregor, via Sean Welsh’s lay off and McKay was there to restore the visitors lead and confirm their place in the Third Round.

Inverness CT now play Ross County in Dingwall in the Scottish Cup Third round on Friday 2nd April with kick off at 7.35pm.