James Craigen plays for AFC Fylde against Premier League side Sheffield United in the FA Cup.

James Craigen played a part in one of AFC Fylde’s biggest matches of their history as they came up against English Premiership side Sheffield United in the Emirates FA Cup Third Round on Sunday afternoon at Bramall Lane.

It was the Premiership side who opened the scoring through Callum Robinson with his deflected right-footed effort before Leon Clarke added a second half strike to put the hosts on their way to the Fourth Round.

However, Jordan Williams did hit back for the visitors after 78 minutes to set up a nervy finish but it was Sheffield United who held on to progress.

Client James Craigen had this to say at full time: “It was a great experience for the lads and to come so close against a Premiership side just shows how far we’ve come this season”. 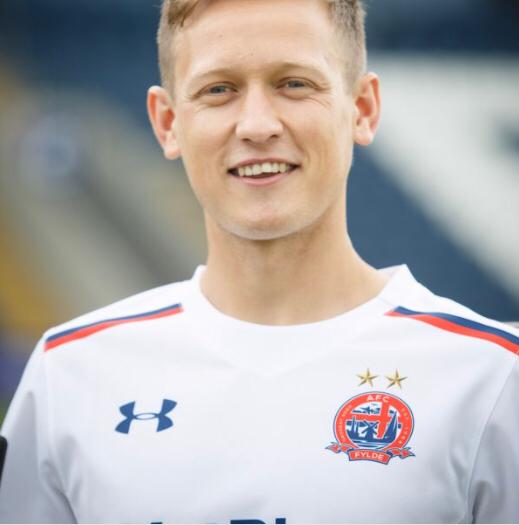