James Craigen scored twice this afternoon to give Arbroath a 2-1 home win over Ayr United while Hamilton claimed a valuable three points in Dingwall with goals from Ross Callachan and Scott Martin. 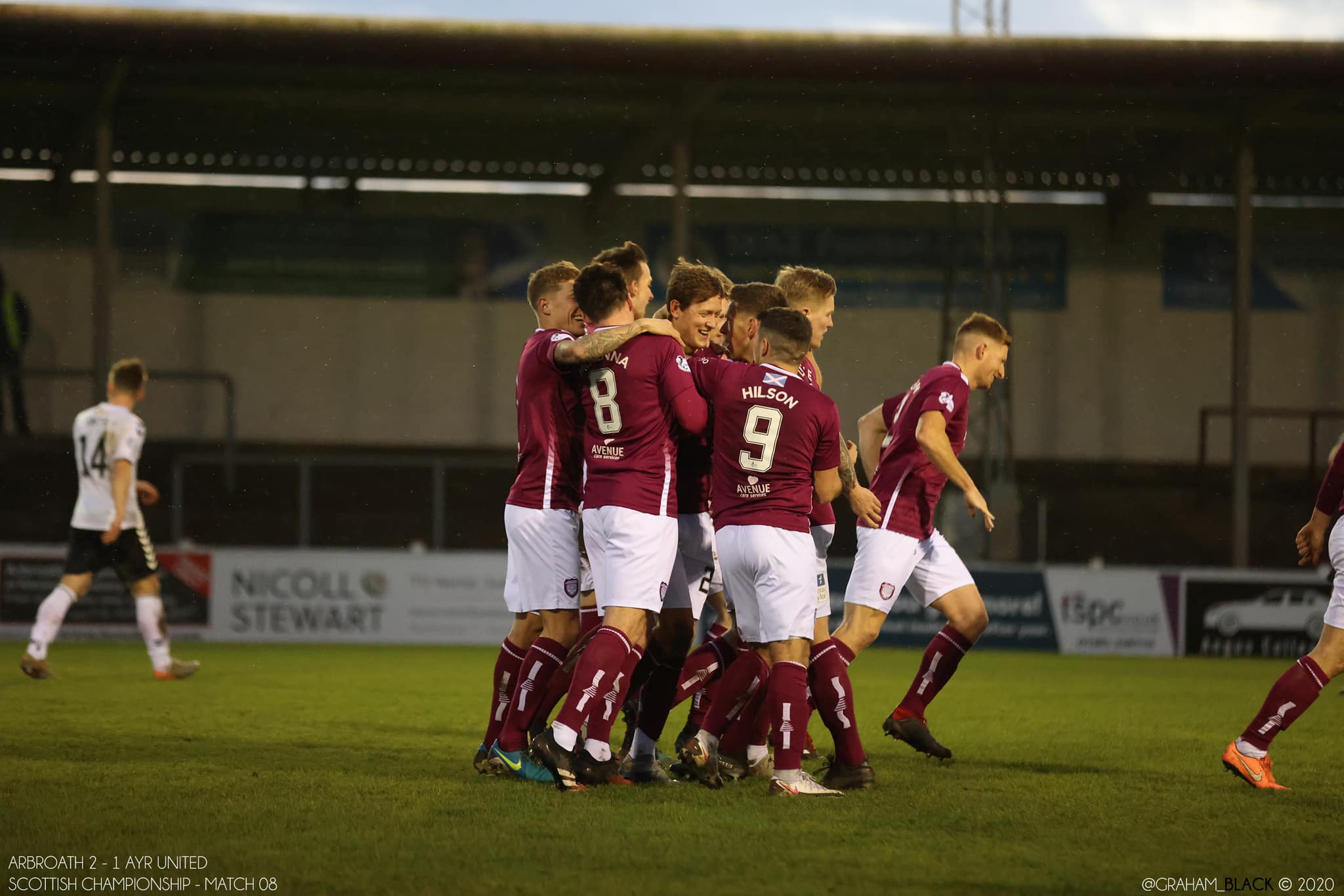 Arbroath overcame an inform Ayr United side at Gayfield this afternoon with a double from midfielder James Craigen. Two well timed strikes from the midfielder had Dick Campbells side comfortably ahead at the break. Jack Baird scored a consolation goal for the visitors two minutes from the end, but the hosts held on to claim all three points.

Elsewhere, Hamilton won in Dingwall in what could be a vital three points come the end of the season in the fight against relegation from the Scottish Premiership. David Moyo set up Ross Callachan for the opener in the first half before Scott Martin added a second after the break to give Accies a comfortable 2-0 victory which put daylight between themselves and last place.

In Scottish League One a tightly fought match at Firhill ended in Peterhead taking the points. Scott Brown’s strike on the half hour mark was enough for Jim McInally’s side. Jack Leitch also got on the scoresheet in Stirling Albion’s impressive victory over Edinburgh City ending 3-2.