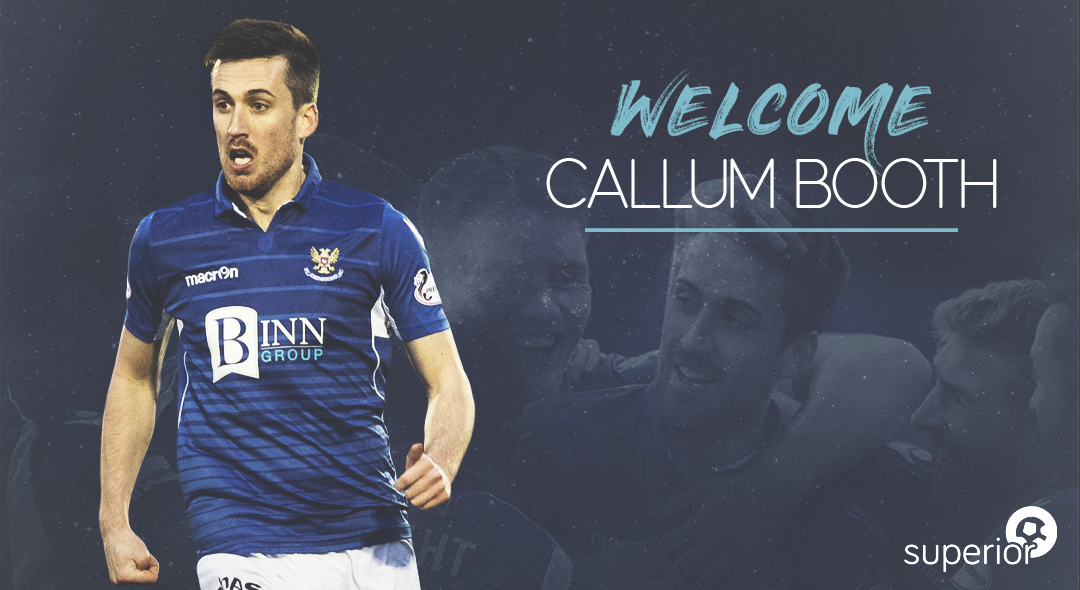 We are delighted to announce that St Johnstone defender Callum Booth has joined Superior Sports.

After joining Hibernian at the age of 10, Callum had a successful youth career winning the league and cup double in 2009. After loans spells at Arbroath in the 2009/2010 season before another loan spell at Brechin the following season, the former Scottish U21 International broke into the first team in 2011 making his debut in a 1-0 defeat to Ayr United in the Scottish Cup in January that year.

Callum moved on to join Livingston in August 2012 making over 31 First Division appearances for the East Lothian side. Further spells at Raith Rovers, Partick Thistle and Dundee United making over 140 appearances between all three clubs, the 29 year old signed for Premiership side St Johnstone in September last year.

Everyone at Superior Sports looks forward to working with Callum in the future.

Pre-Season Round Up: Leitch Scores As Falkirk Hit Six