Benedictus Leads Raith To Positive Start; Todorov Makes It 2 In 2

Raith Rovers continued their impressive start to the Scottish Championship season this afternoon making it two wins from their opening two league games with a 5-2 victory over Queen of the South. Benedictus captained the side, and it didn’t take long for them to open the scoring when they took the lead inside the opening 2 minutes through Ross Matthews. Stephen Dobbie replied from the spot for the hosts three minutes later however Manny Duku restored the Kirkcaldy sides lead with twelve minutes on the clock.

John McGlynn’s side went further in front just before the half hour mark after a neat finish from Daniel Armstrong before Ayo Obileye responded for the hosts after an hour to cut the deficit to one.

Raith continued where they left off in the second half with further goals from Dylan Tait and Manny Duku for his second of the afternoon resulting in an important three points for the visitors.

Elsewhere in the Scottish Championship, Nikolay Todorov rescued a point for Inverness CT in their first home league game of the season against Ayr United. After a relatively even first half it was Ayr who broke the deadlock through Innes Cameron when he drove home an effort into the bottom corner 12 minutes after the break. 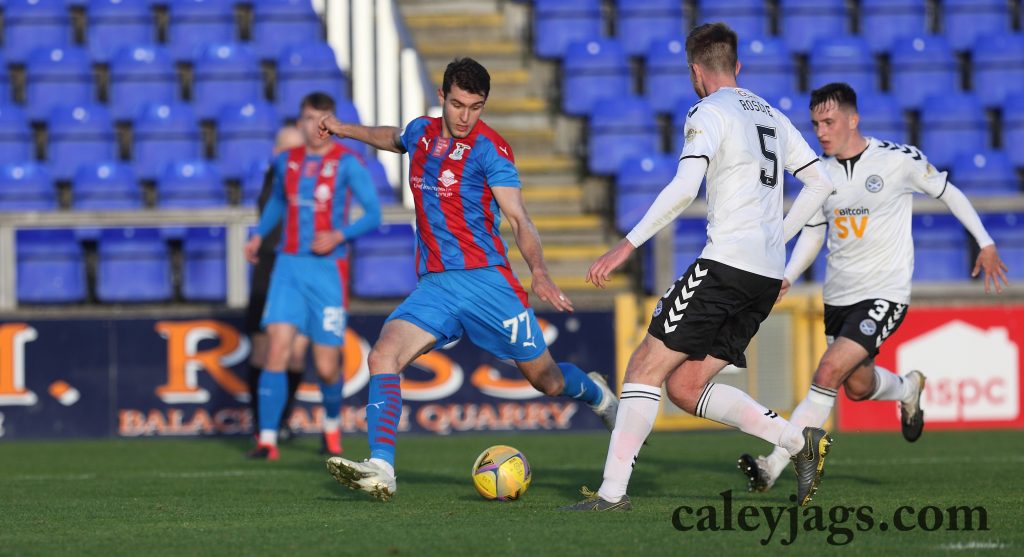 Nikolay Todorov attempts a shot on target in the first half. (Pic courtesy of ICTFC)

However, with four of the ninety minutes remaining ICT showed their class and Todorov eventually found his goal a few minutes after controversially being denied a goal through offside. The Bulgarian would not warn Ayr United twice as Ryan Fyffe’s low cross from the right flank evaded a crowded box and landed at Todorov allowing him to turn and fire home into the bottom corner from around the penalty spot to seal a share of the spoils.

Todorov fires home his second goal of the season to rescue a point for the hosts. (Pic courtesy of ICTFC)

De Vita Named SPFL Player Of The Month For March